Thrust as a force

Thrust is the force that changes the inertia of an object.

To understand thrust we need to look at Newton’s laws of motion.

Thrust is the force described by Newton’s second law

An object accelerated away from another puts force on the both objects.

This can be demonstrated with;

There are 4 forces acting on an aerospace vehicle in flight. 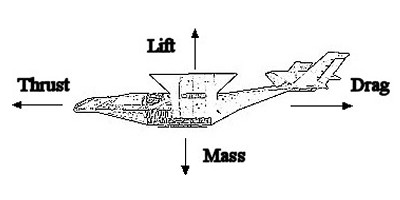 The engines are mounted on the wings or the body of the ship.
If you apply thrust to one side of the ship and not the other you will start to spin faster and faster.
This concept was demonstrated with the Aeolipile, also known as a Hero's engine,as early as the First Century AD.

Hero built and demonstrated the aeolipile (or aeolipyle, or eolipile) there were no apparent uses of the engine,
But that is the first demonstration of asymmetrical thrust.